Here a few of my favorite Ricky Nelson songs. ❤️

A classic Christmas song by one of my favorites: singer, songwriter, musician and actor Rick ‘Ricky’ Nelson. 🎭 📺🎤🎸🎵😃 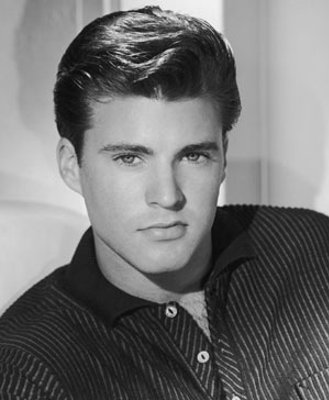 On this day in music history: On Dec. 31, 1985, the breaking news all over the radio and all over television screens was that actor, singer, musician and former teen idol Rick ‘Ricky’ Nelson had been killed in a plane crash in DeKalb, Texas, alongside his fiancee Helen Blair and members from Nelson’s band.

Having watched reruns of “The Ozzie & Harriet Show,” I couldn’t help but have a crush on the young man on my TV screen, although in reality, he was already old enough to be my father! I’m sad I never got the opportunity to see him perform live in concert or that I never got to meet him. Nelson seemed like he was a genuine and shy man, who loved his craft.

Rick Nelson’s music will continue to live on forever so that many more generations can enjoy his Rockabilly-Pop-Rock sound. 🎭 📺 🎥 🎵

Born on this day: Actor, musician and singer-songwriter Rick ‘Ricky’ Nelson, who would have celebrated his 75th birthday today. 🎤  🎸  📻  🎵  📺

Remembering singer-songwriter, musician and actor Rick ‘Ricky’ Nelson, who died 29 years ago today in DeKalb, TX…along with his fiancé and band members from his Stone Canyon band.

The group was traveling to Dallas to perform at a New Year’s Eve concert when the plane they traveled in crashed. The cause of the crash was determined to be mechanical problems.

Here’s one of my favorite songs by Rick Nelson.

In lieu of the Christmas holiday, I present the classic 1956 song “The Christmas Song,” which was originally sung by Nat King Cole and then remade in 1964 by actor/musician/singer-songwriter Rick Nelson for ‘The Adventures of Ozzie & Harriet.’

By the way, the blond toddler in the video is Nelson’s one-year-old daughter, actress Tracy Nelson, who is being held by her mother, Kris Harmon. 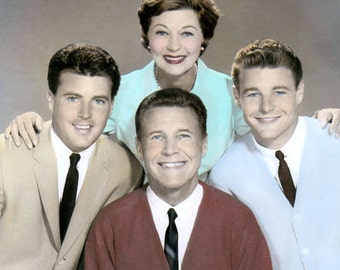