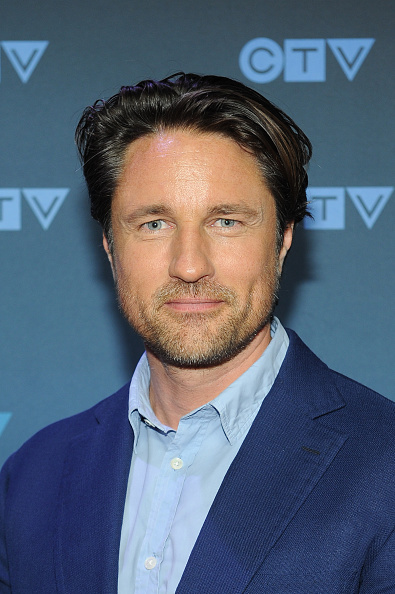 Happy Birthday to one of my favorites… actor Martin Henderson!  😊 🎂 🎉 🇳🇿

I finally got to see the film Miracles From Heaven, starring Jennifer Garner and Martin Henderson. The film centers on Anna Beam, a 10-year-old girl from Burleson, Texas, who lives with a rare, incurable disorder in which she’s unable to digest food. Her devoted mother Christy (played by Garner) doesn’t stop in trying to save her daughter.

My mother–who hadn’t been to the movies “in ages”–accompanied me and I’m glad she did because the film really touched the both of us. It reminded me of what I was feeling when my mother was in the hospital last July. 😦

Miracles From Heaven was by far one of the best films I’ve seen to date. Just a warning: bring a couple packs of Kleenex with you because you’re going to need them!

Kudos to Kylie Rogers, the young actress who portrays Garner and Henderson’s ill daughter, Anna. She did an amazing job in the role!

All I’ll say about the film is this: Heartwarming. Funny. Sad. Faith. Miracles. 😦 🙂

Actor Martin Henderson stopped by the KTLA studio March 11 to discuss Grey’s Anatomy and the new film Miracles from Heaven, which he stars in with Jennifer Garner, Queen Latifah and Eugenio Derbez.

Miracles from Heaven will be released in theaters March 16. Go see the film! 😀

I’m looking forward to seeing the film, Miracles from Heaven, which is scheduled for release in 2016. The film stars Jennifer Garner and Martin Henderson.

After taking a long hiatus (i.e. about five plus years) from not watching Grey’s Anatomy, I will start watching it again tonight because of this man. Henderson debut on Grey’s was Nov. 11; he plays the role of Dr. Nathan Riggs. 🙂

New Zealand-born actor Martin Henderson, who recently starred in the Sundance Channel drama The Red Road–which has since been canceled–has just been cast as a regular in the ABC medical drama Grey’s Anatomy.

Henderson is no stranger to Grey’s executive producer, Shonda Rhimes. In 2011, he starred in Rhimes’s short-lived ABC drama series Off the Map.

Henderson stars in the new film Everest, which is scheduled for a U.S. release on Sept. 18. He’s expected to make his debut on Grey’s when the series premieres Sept. 24.

Henderson has also been in countless films, including Smokin’ Aces, Bride & Prejudice, Torque and The Ring, as well as in the short-lived ABC-TV drama Off the Map.   🙂