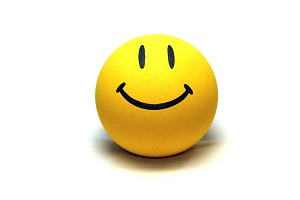 Every once in a while, I need to remind myself to stay positive with setting my goals so that I can accomplish my dreams. 🙂

“You’ve done it before and you can do it now. See the positive possibilities. Redirect the substantial energy of your frustration and turn it into positive, effective, unstoppable determination.” ~Ralph Marston 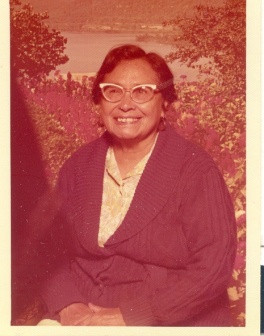 Oprah Winfrey, Ellen DeGeneres and Sonia Sotomayor. Three famous women, who worked hard and have achieved success. Each had an idea of what they wanted to accomplish in their lives: Winfrey as a journalist-turned talk-show host and philanthropist; DeGeneres, who was the first female comedienne to ‘come out of the closet’ on national television; and Sotomayor, who became the first Hispanic U.S. Supreme Court judge. They were determined to ‘break the glass ceiling’ and overcome any adversity they may have had in their lives, which resulted in bringing them to where they are today. If it also hadn’t been for their strength and determination, we may have never known who they were.

There have been many other less famous women, who have had to overcome some form of adversity in their lives in order to provide for their families. In 1939, at age 34, my maternal grandmother, Jesus (“Chuy”), became a widow. At the time, she and her husband Angel had six children, ranging in age from 2 to 16-years-old. When my grandfather died, the family remained in Jalisco, Mexico for another six years until Chuy immigrated to the U.S. in order to provide her children with a better life and more opportunities. She made the trek to the U.S. with her two oldest daughters and then her three younger children (two sons and daughter—my mother) followed in 1945. Chuy’s oldest son chose to stay in Mexico with his maternal grandmother.

My Grandma Chuy, as she was commonly known, was a wise, hard-working, strong and straightforward woman. My mother told me the story that when I was born, she named me after my Grandma Jesus by giving me the English version of her name. I’m not certain my name is a derivative of my grandmother’s name, but who am I to question my own mother?

Growing up, my Grandma Chuy was not only my babysitter, but she was also my role model. She was funny, loving and very protective. Although she never had a career of her own, she taught her children and grandchildren about honesty, having good morals, being hard-working and law-abiding citizens, and being helpful towards others.

Speaking of helping others, Grandma Chuy was a constant pillar to her family. On one occasion, she helped raise three of her grandchildren and worked hard to provide for them…making sure they had a good education, food and a roof over their heads. On another occasion, my grandmother took in two of her only sister’s four children, who became wards of the state due to that their mother wasn’t in a position to take care of them at the time. Chuy’s middle son took in the other two children.

In the short time that I knew her, my Grandma Chuy taught me that although you might run into some obstacles throughout your life, you must have faith, perseverance and a positive outlook in order to overcome any adversity. If you possess these qualities, then you will achieve success.