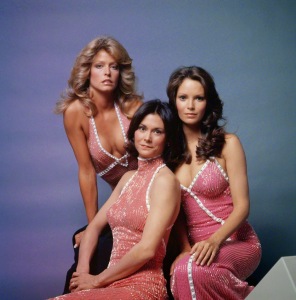 On Sept. 22, 1976, a new crime drama series called Charlie’s Angels premiered on ABC-TV and starred Kate Jackson as Sabrina Duncan, Jaclyn Smith as Kelly Garrett, Farrah Fawcett as Jill Munroe, David Doyle as Bosley and the voice of John Forsythe as Charlie, the Angels’s boss. The series ran for five seasons and was produced and Aaron Spelling and Leonard Goldberg.

Did you watch the show? If so, who was your favorite Angel?